"Today the priority is to rethink relationships in the system Man-Nature. In nature, everything necessary for human life - only need a thorough knowledge in order to use the gifts of the treasury. Our road to health is through awareness of being part of the universe. Natural remedies improvement is our chance to feel again the joy of life. " Lydia Kuplevska
Home  /  About us

Kuplevskaya Lydia Antonovna – the highest category doctor, girudoterapevt, reflexologist. Founder and leader of hirudotherapy and non-traditional methods of treatment center “GirudoMed” in Lviv, that from 2006 to the present day works successfully, the author of books and manuals on treatment with leeches.

The doctor was a party to numerous international scientific and practical conferences, seminars, congresses and workshops on hirudotherapy, apitherapy, Chinese medical diagnosis, integration of traditional and alternative medicine in general practice doctor, the use of non-drug therapies in medical practice, in particular, Warsaw (Poland ), Moscow (Russia), Tel Aviv (Israel), in Kiev, Lviv and Truskavets (Ukraine).

Over the last 10 years of medical practice priority is hirudotherapy and natural therapies.

Kuplevskaya LA is the author and compiler of practical manuals “Fundamentals girudoterapii”, “Application of the medicinal leech,” which was reprinted, and came out in Ukrainian, Polish, Russian, Czech and German. Preparing to print the 6th, updated and expanded edition of “Fundamentals of health and use of medical leeches” in Russian and Ukrainian languages. 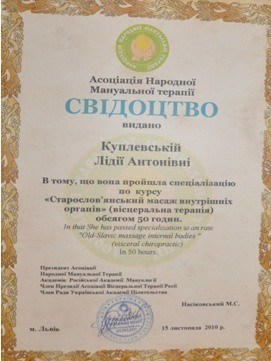 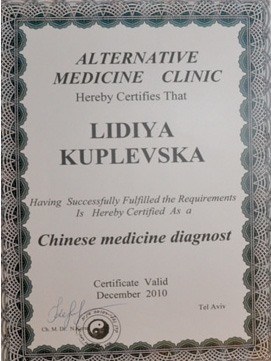 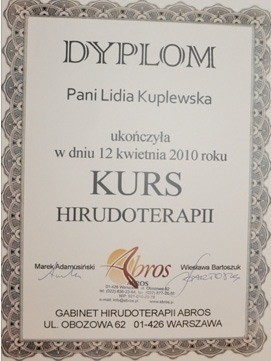 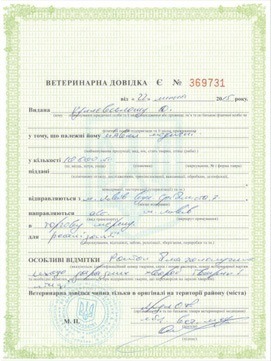